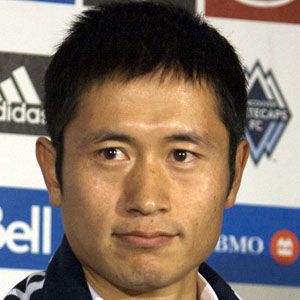 South Korean soccer defender who was named Vancouver Whitecaps FC Player of the Year in 2012.

He began his professional career playing for South Korea's Anyang LG Cheetahs in 2000.

He had two children, Na-el Lee and Hael Lee, with his wife Bo-Yoon Jang.

He played alongside forward Caleb Clarke on the Vancouver Whitecaps FC.

Lee Young-Pyo Is A Member Of