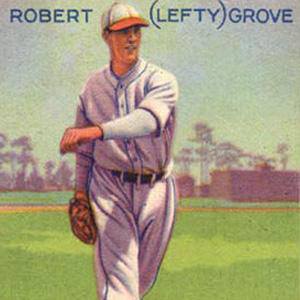 1931 American League MVP who was one of the greatest left-handed pitchers in the history of the MLB. He was named to 6 All-Star games and helped lead the Philadelphia Athletics to World Series Championships in 1929 and 1930.

He made his mark originally playing on the sandlots of Maryland.

Lived with his daughter-in-law after the death of his ex-wife Ethel.

Randy Johnson joined him as one of the few left-handed pitchers in the elite 300-win club.

Lefty Grove Is A Member Of