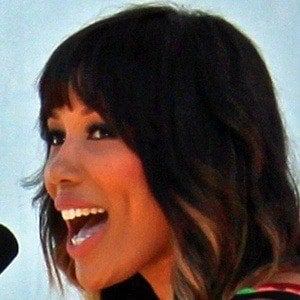 Radio and television presenter best known for hosting the SABC3 breakfast show Expresso. She also presented the first season of Presenter Search on 3.

She worked as a recruiter for eight years. Unhappy in her job, she left it and struggled for eight months before beginning her career in acting, hosting, and entertainment.

In 2015, she competed on the eighth season of Strictly Come Dancing.

She is a native of Cape Town, South Africa.

Both she and Karlien van Jaarsveld competed on the eighth season of Strictly Come Dancing.

Leigh-Anne Williams Is A Member Of