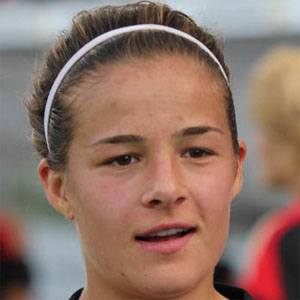 Professional women's soccer player who began her Frauen Bundesliga career with Bayern Munich in 2010. She won the UEFA Women's Championship title with the German national team.

She was born in Wurzburg, Germany and began her youth career with TG Hochberg.

She was the leading goal-scorer for the German Under-19 national team which won the 2011 Under-19 European Championship.

Her father, Mathias "Bepo" Lotzen, has worked for a publishing company.

She and Birgit Prinz have both played for the German women's national team.

Lena Lotzen Is A Member Of