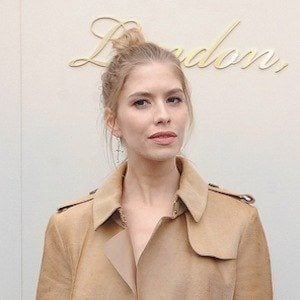 Lifestyle and fashion influencer who has become known posting photos of her glamorous life on her Instagram account, lenaperminova. The verified account has earned more than 2.4 million followers since its inception.

She began modeling as a teenager and scored her first magazine cover at sixteen. However, she was arrested at the same age for dealing drugs. She later met her husband when he saved her from prison time.

Her husband is renowned businessman Alexander Lebedev. They have three children together: Nikita, Arina, and Egor.

In 2017, she attended the wedding of Yana Rudkovskaya and Evgeni Plushenko.

Lena Perminova Is A Member Of