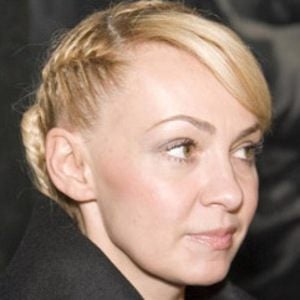 Music manager and social media superstar best recognized as the wife of Olympic figure skater Evgeni Plushenko. She is extremely popular on social media and she has earned over 4.6 million followers on her rudkovskayaofficial Instagram account.

After graduating from Altai State Medical University, she spent nearly a decade as the CEO of Franck Provost beauty salons.

In 2009, she published the book Confessions of a kept woman, or so the Steel Was Tempered.

From 2001 to 2008, she was married to Russian businessman Viktor Baturin. She then married Plushenko in 2009. She has three sons, Nikolai, Andrei, and Alexander.

She became the music manager and producer of Dima Bilan in 2005.

Yana Rudkovskaya Is A Member Of