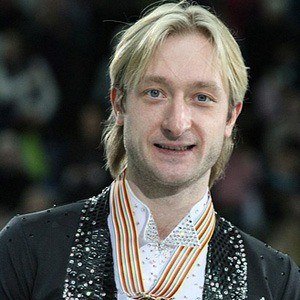 Talented Serbian-Russian figure skater who won the gold medal in the 2006 Winter Olympics in Turin, as well as two silver medals in 2002 and 2010.

His mom got him into figure skating because he was constantly catching colds as a child.

He lost out in a controversial decision to American Evan Lysacek at the 2010 Winter Olympics.

He married Yana Rudkovskaya on September 12, 2009. He has two sons named Egor Evgenievich and Alexander Plushenko.

He performed to the music of Storm, by Yanni, in a 2011 competition.

Evgeni Plushenko Is A Member Of