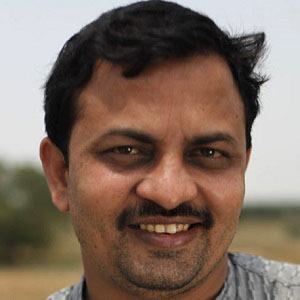 One of the founders of the PVCHR (People's Vigilance Committee on Human Rights), this Indian activist received the 2008 ACHA Star Peace Award and the 2007 Gwangju Human Rights Award, among other honors.

Before beginning his activist work, he studied at the State Ayurvedic Medical College in Uttarakhand, India.

In addition to the PVCHR, he established the ActionAid-supported Jan Mitra Nyas movement and joined the executive board of the Voice of People organization.

The child of Shrimati Savitri Devi and Surendra Nath and the grandson of freedom fighter Shanti Kumar Singh, he spent his youth in Varansi, India. His marriage to fellow human rights activist Shruti Nagvanshi produced a son named Kabeer Karunik.

He and fellow Indian human rights activist Binayak Sen are both trained physicians.

Lenin Raghuvanshi Is A Member Of