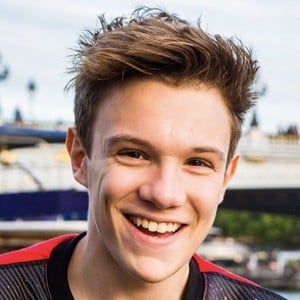 Canadian singer who gained attention through his covers of songs by artists like Shawn Mendes and Ellie Goulding. He competed on The Voice Kids France in 2015.

His interest in music at an early age helped him land a record deal with JysMusique early in his teenage years.

He released an original single called "Pourquoi tout perdre" in September of 2015.

He was born an only child in Montreal, Canada.

His cover of Shawn Mendes' "Something Big" accumulated more than 400,000 views in about 6 months.

Lenni Kim Is A Member Of