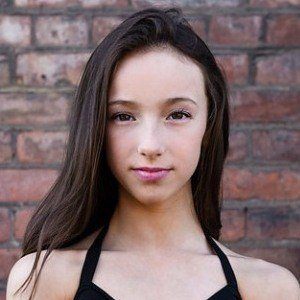 Rhythmic gymnast who took gold at the 2014 Nationals. She was a five-time state and regional champion by the time she was 11 years old. She finished third all-around at the U.S. National Championships in 2017, becoming a member of the Junior National Team.

She trained at Evergreen Rythmics in Seattle, WA.

Her ultimate goal is to compete in the 2024 Summer Olympic games. She attended camp at the US Olympic Training Center in Texas.

She is from Puyallup, Washington. Her older sister Hayden Hopkins is a champion dancer.

She posted a picture on Instagram with fellow gymnast Laura Zeng in March of 2017.

Lennox Hopkins Is A Member Of