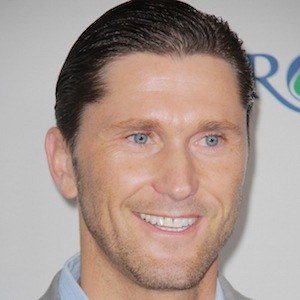 American backstroke swimmer who won four Olympic medals and is a former world record holder in the 50, 100 and the 200 meter backstroke events.

His family left the Soviet Union for the United States in 1989.

He had to undergo surgery on his shoulder after a treadmill accident.

He is the son of Oleg and Yelena Krayzelburg.

He won gold at the 2000 Summer Olympics, where runner Marion Jones also took home the gold.

Lenny Krayzelburg Is A Member Of