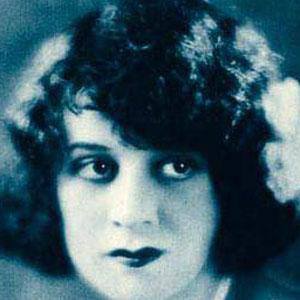 Star of the Broadway stage who came to Hollywood in silent films, including Frozen Justice and Camille.

She was in a traveling company of The Bird of Paradise when discovered by theatrical producer David Belasco, who brought her to Broadway.

She played the title role of the 1923 film Tiger Rose, and after several long breaks during which she went back to Broadway, she appeared in the 1946 film Temptation.

She was married to Sidney Blackmer, an actor, in 1928, and they divorced five years later.

She co-starred opposite Greta Garbo in the 1936 romantic drama Camille.

Lenore Ulric Is A Member Of