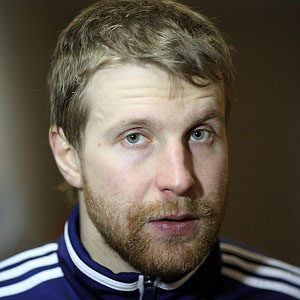 Center who won a gold medal at the 2011 Ice Hockey World Championships and played in the NHL for the Toronto Maple Leafs during the 2012-2013 season.

He moved to Nykarleby, Finland when he was 5 years old.

He made his Kontinental Hockey League debut in 2009 with HC Dynamo Moscow.

He was born in Narva, Estonia, when it was still part of the USSR.

Center Phil Kessel was his teammate on the Maple Leafs.

Leo Komarov Is A Member Of