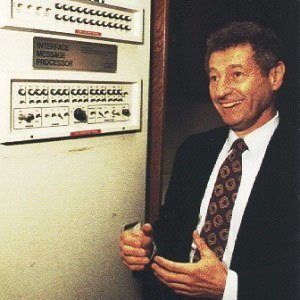 Notable for his development of key elements of computer networking theory, this longtime University of California, Los Angeles professor is particularly famous for his work on queueing theory. He was a 2007 recipient of the National Medal of Science and a 2012 winner of the IEEE Alexander Graham Bell Medal.

After earning a bachelor's degree from the City College of New York, he continued his study of computer science and electrical engineering at the Massachusetts Institute of Technology, graduating with a PhD in the early 1960s.

His 1970s hierarchical routing research was very important in the development of the modern internet.

He grew up in a Jewish family in New York City and later relocated to Boston, Massachusetts and Los Angeles, California.

Leonard Kleinrock Is A Member Of