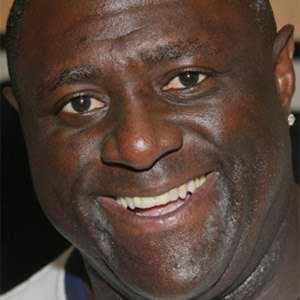 He played at LSU before joining the New York Giants in 1983.

He retired in 1994 after playing one season with the Washington Redskins.

His father disapproved of his career choice until he proved himself a successful football player.

He was offered a position on the University of Alabama team from legendary coach Bear Bryant.

Leonard Marshall Is A Member Of