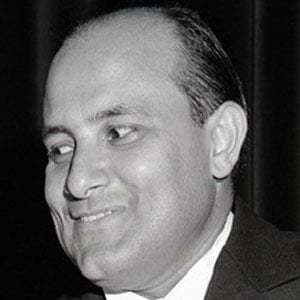 He sang in the Radio City Music Hall chorus during the mid-1930s and made his Metropolitan Opera debut in 1938.

He died at the age of forty-eight from a cerebral hemorrhage while on stage during a 1960 performance of La Forza del Destino.

He was born in New York to Russian immigrant parents of the Jewish faith. He later converted to the Catholic faith of his wife Agatha.

He and soprano Leontyne Price performed together for a recording of the Verdi opera Il Trovatore.

Leonard Warren Is A Member Of