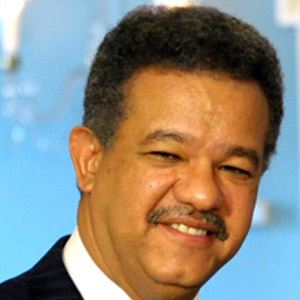 During the early years of the 21st century, this Dominican Revolutionary Party member-turned-Liberation Party leader served two terms as President of the Dominican Republic.

He spent his high school years in Washington Heights, New York City, and returned to his native Dominican Republic to study law at the Universidad Autonoma de Santo Domingo.

The end of his first term as President and the beginning of his second were separated by a period of four years; he was re-elected in 2004 as a result of the economic crisis precipitated by the policies of President Hipólito Mejía.

Leonel Fernández Is A Member Of