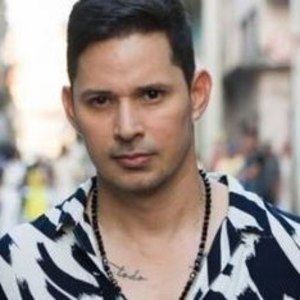 Singer, composer and producer from Cuba whose career has spanned three decades. He's produced five albums as is considered an influential figure in the Cuban music industry.

He was born in Camagüey, Cuba and one of his first gigs was with Maravillas de Florida orchestra, the second oldest orchestra in the country.

His song "No Pierdas Tiempo" ("Do not lose time") was used in Cuba to accompany the country's HIV prevention campaign.

He's been married to actress Yuliet Cruz and the two share two sons named Samuel and Sebastian and a daughter named Sheila from one of Yuliet's previous relationships.

Leoni Torres Is A Member Of