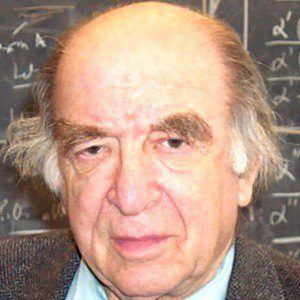 The winner of the Nobel Prize in Economics in 2007 for shedding light on how individuals and institutions interact given unequal knowledge.

He was studying law at Warsaw University in Poland when he took his first economics course, and switched his pursuit, going on to the London School of Economics.

He wrote extensively about game theory and how it applies to economics, arguing that people can be motivated with proper incentives to achieve proper outcomes.

He was born into a Jewish family in Moscow, Russia that fled soon after to Poland, where they were again persecuted and forced to flee after Hitler's invasion.

Robert Engle was another winner of the Nobel Prize in Economics, also helping to advance the study of how humans buy and sell.

Leonid Hurwicz Is A Member Of