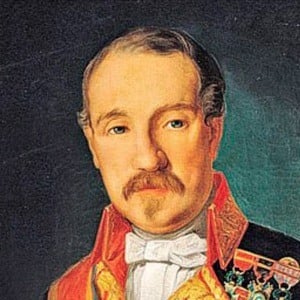 Spanish general and statesman who is known for being the first Duke of Tetuan and the first Count of Lucena. He is also known for being a strong endorser of the liberal Cristinos and the regency of Maria Cristina in the 1830's. Later recognition came when it was revealed he commanded the Spanish army at the battle of Tetuan during the Spanish-Moroccan War.

Briefly exiled in the 1840's, he was involved in the coup against Espartero. After coming back into power, he was sent to Cuba where he was credited with the repression of La Escalera. In 1854, he was named Prime Minister and also served as the War Minister of the Espartero government.

He is known for having been the 103rd Grand Cross of the Order of the Tower and Sword.

He was born and raised in the Canary Islands, Spain. He married Manuela Barges and was succeeded in his titles by his nephew.

He was asked to form a government as the 44th Prime Minister of Spain by Queen Isabella.

Leopoldo O'Donnell Is A Member Of

Born In 1809
Born in Spain
Capricorns