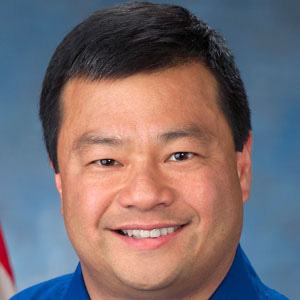 NASA astronaut who became co-author and researcher for the Advanced Diagnostic Ultrasound in Microgravity Project.

He worked for Hexcel Corporation from 1987 until 1989, where he was part of the process, manufacturing, and engineering research team on advanced aerospace materials.

He flew three shuttle flights prior to being assigned to the International Space Station in 2004; he was the first American to vote in a presidential election from space.

He married his wife, Karen, in 2003 and is fluent in Mandarin Chinese and Russian.

He and Mark Kelly both served as commander of the International Space Station; he was aboard for Expedition 10, while Kelly handled Expedition 26.

Leroy Chiao Is A Member Of