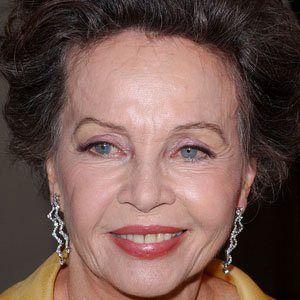 Starred in a number of musical films, including the 1951 classic An American Paris, where she was paired with Gene Kelly while she was just 19 years old. She also starred in the musical films Lili, Daddy Long Legs, and Gigi.

She trained as a ballet dancer before being discovered by Gene Kelly.

She was married and divorced three times, and had two children with her second husband.

She starred opposite French actor and singer Maurice Chevalier in the 1958 movie musical Gigi.

Leslie Caron Is A Member Of