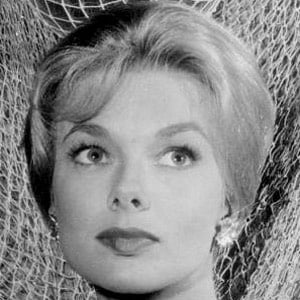 American actress who became known for her 1959 film role in Li'l Abner and her acting in 1962's The Manchurian Candidate.

She studied piano at the Philadelphia Conservatory of Music, financing her studies through her work as a model. After moving to Hollywood in her late teens, she signed with Twentieth Century Fox and later with Metro-Goldwyn-Mayer.

She appeared on the 1960s television series Perry Mason on three occasions.

She acted alongside Vic Morrow in the 1961 film Portrait of a Mobster.

Leslie Parrish Is A Member Of