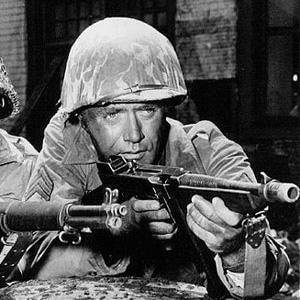 Star of TV's Combat! who was accidentally killed when a stunt helicopter crashed on him during the filming of Twilight Zone: The Movie.

He dropped out of high school to join the U.S. Navy at age 17.

He married in 1957 and they had two children, one of which is actress .

Similar to him, Shecky Greene also starred on TV's Combat!.

Vic Morrow Is A Member Of