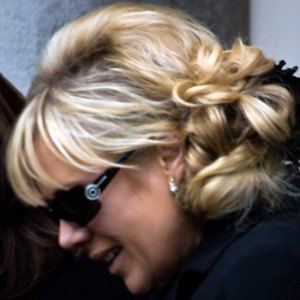 Soap veteran who has earned a British Soap Award nomination for her portrayal of Sharon Rickman on EastEnders.

She studied at the Italia Conti Academy Theatre Arts and the Sylvia Young Theatre School.

She has also had recurring roles on Lucy Sullivan Is Getting Married and the Hello Girls.

She had a five-year marriage to Jason Pethers that ended in 2007. She has two brothers, Stephen and Martin.

She had a supporting role in this historical film England, My England with Michael Ball .

Letitia Dean Is A Member Of