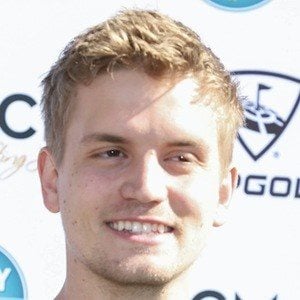 Country music singer whose self-titled debut EP was released to critical acclaim in 2016. That year, he was named as one of Rolling Stone Country's Artists You Need to Know.

He grew up in Nashville, Tennessee. He studied painting in college in St. Petersburg, Florida.

His song "Make it Love" was featured in director Desmond Child's 2013 film Two: The Story of Roman & Nyro.

He has written songs with famed country singer-songwriters like Brandy Clark.

Levi Hummon Is A Member Of