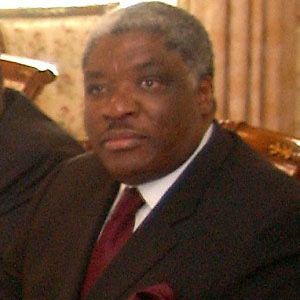 Leader of the Movement for Multi-Party Democracy who was Zambia's third president from 2002 to 2008. He helped his country's economy grow through securing foreign investments and mining minerals.

He founded the Mwanawasa & Company law firm while practicing as a lawyer.

He was forced to vacate his office after suffering from a stroke in 2008.

He and his wife Maureen had seven children.

He replaced Frederick Chiluba as Presidnet of Zambia in 2002.

Levy Mwanawasa Is A Member Of