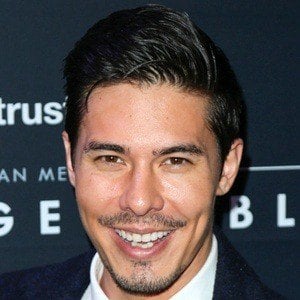 Actor and stuntman recognized for his role as Zhou Cheng in Netflix's Iron Fist. He also played Jiro Farnwell in the series 10,000 Days and Lu Xin Lee in Netflix's Wu Assassins.  As a stuntman, he has worked on films like Pirates of the Caribbean: At World's End and Olympus Has Fallen.

He made his acting debut as a child in a small role in the 1990 film China Cry: A True Story.

His father, Philip Tan, is a renowned action director and stuntman known for his work on Inception, The Hangover, and The Pirates of the Caribbean films. His mother is a retired English fashion model and his brother, Sam Tan, is also an actor.

He joined Finn Jones in the cast of the 2017 television series Iron Fist.

Lewis Tan Is A Member Of