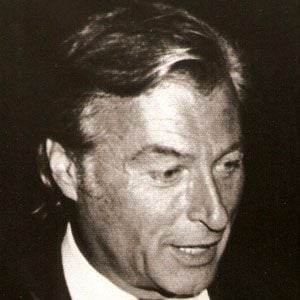 Prominent '60s actor who played the lead role in several Karl May's films. He played Bob Urban in the 1967 film, Die Slowly, You'll Enjoy it More, and ended his career with his portrayal of Ristol in the 1970 film, Aoom.

He enlisted in the U.S. Army during WWII.

He became known for bringing life to Tarzan in five films.

He portrayed Tarzan in 1949, which was a role first immortalized by Johnny Weissmuller.

Lex Barker Is A Member Of