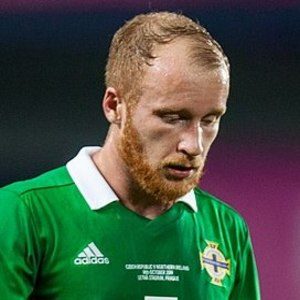 Between 2008 and 2014, this Northern Irish-born soccer striker played for the Cliftonville, SV Werder Bremen II, and Ross County football clubs, as well as for the Northern Ireland national team.

He played his youth career with the Immaculata F.C. and went on to score nineteen goals during his first season with Cliftonville.

During the 2009 to 2010 season, he received the Northern Ireland Football Writers' Player of the Year Award.

He is a contemporary of fellow Northern Irish soccer player Niall McGinn.

Liam Boyce Is A Member Of