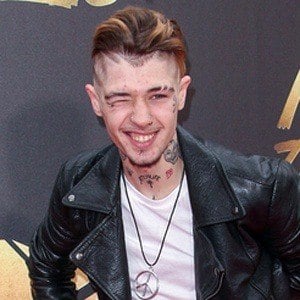 Scottish singer who relocated to Los Angeles, California where he became well known for his single "Tragedy" and his 2014 single "The Truth Is."

He has released acoustic covers of songs by artists including Imagine Dragons, One Direction, and Miguel, among others, on YouTube.

He grew up in Aberdeen, Scotland. he began dating Chanel West Coast in 2014.

He performed an acoustic cover of Flo Rida's "Club Can't Handle Me / Whistle."

Liam Horne Is A Member Of