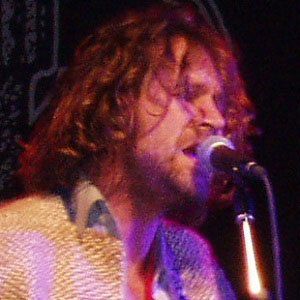 Irish singer, guitarist and keyboardist who rose to fame in the 80's as a member of the rock band Hothouse Flowers, featuring members of My Bloody Valentine. He released his solo debut Rian, featuring songs sung in the Irish language, in 2005.

He won an under-18 All-Ireland Award for his prowess on the Irish drum known as the Bodhran.

His 3000-mile journey to play at the Festival au Desert in Mali was documented in the 2008 documentary Dambe: The Mali Project.

His brother is Colm O Maonlai.

He played with future My Bloody Valentine frontman Kevin Shields during his time with the Hothouse Flowers.

Liam O Maonlai Is A Member Of