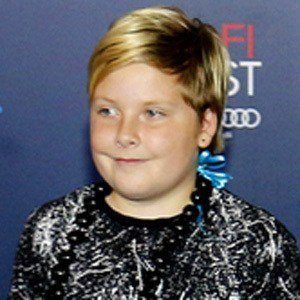 Widely known as one of the four children of Tori Spelling and Dean McDermott. He has been frequently featured alongside his parents and siblings in various tabloids and entertainment websites, including E! Online.

His mother rose to prominence for work on the TV series Beverly Hills 90210.

In 2016, photos from his 9th birthday party were featured online in E! Magazine. He appeared on the reality series Tori & Dean: Inn Love and Tori & Dean: Cabin Fever regularly between 2009 and 2014.

He has two brothers, Finn and Beau, and two sisters, Stella and Hattie. He also has a step-brother named Jack. His mother married his father in 2006.

He and his mother Tori have frequently been featured on her social media accounts in photos together.

Liam Aaron McDermott Is A Member Of