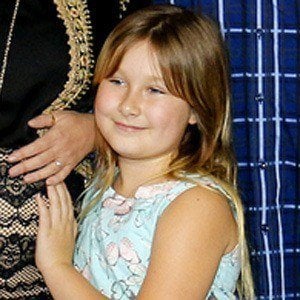 Rose to fame as the daughter of actress Tori Spelling and actor Dean McDermott.

She was named in honor of the character Estella from Charles Dickens' Great Expectations.

She has one sister, Hattie Margaret, and three brothers, Liam Aaron, Finn Davey, and Beau Dean. She also has an older half-brother, Jack.

Stella Doreen McDermott Is A Member Of