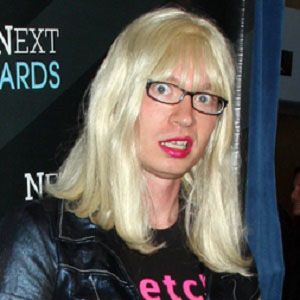 Gained fame for his People's Choice Award-winning "Shoes" YouTube video and for his LiamShow.com comedy shorts series. He went on to star in a VH1 program titled I Hate My 30's. His popular comedic characters include twins Kelly and Chris, irate radio host Bob Tulap, and whiskey lover Mother Grandma.

He uploaded his first YouTube video in May of 2006 and would go viral with his "Shoes" video a year later in February of 2007.

He had guest spots in episodes of the television series Alias, 8 Simple Rules, and Gilmore Girls.

He spent his early years in Norfolk, Massachusetts, and later lived and worked in Los Angeles, California.

In 2008, he toured with fellow comedian Margaret Cho.

Liam Kyle Sullivan Is A Member Of