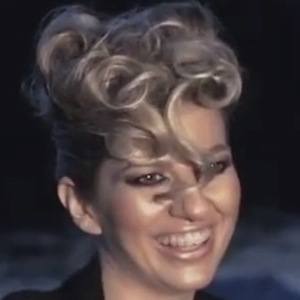 Romanian pop singer best recognized for hit singles like "Le-am spus si fetelor" and "Inima nu stie." Several of her songs have accrued millions, if not tens of millions, of views on YouTube.

Her career originally began as a gymnast, however, she would often sing alongside her siblings in church. It wasn't until she moved to Bucharest at the age of 21 that she began recording and producing music.

In 2014, she won the Romanian Music Award for Best New Act.

Lidia Buble Is A Member Of