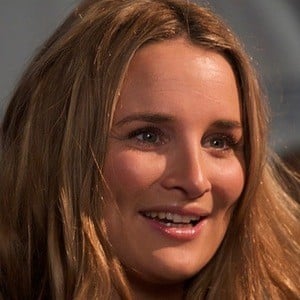 Actress and television presenter who played Charlie Fischer on the Dutch soap opera Goede Tijden, Slechte Tijden from 2002 to 2012. Her hosting work includes Idols and So You Think You Can Dance: The Next Generation.

She was raised in Benschop, Netherlands. She started modeling at age 5 and acting at age 7.

She embarked on a music career in 2008, releasing the single "Everything Always."

She married Bas van Veggel, with whom she children. She is the sister of famed stylist Jetteke van Lexmond.

She co-starred with Isa Hoes on Goede Tijden, Slechte Tijden.

Lieke van Lexmond Is A Member Of