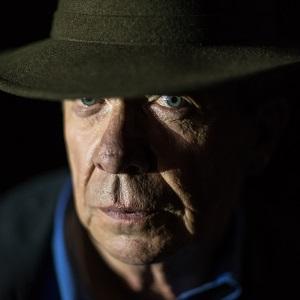 25-year veteran of Colorado's homicide investigation unit with one of the highest case-closure rates in the country. He stars on Investigation Discovery's Homicide Hunter: Lt. Joe Kenda. On the show, he re-opens his "murder books," case files of the most disturbing cases still haunting him today.

He knew he wanted to become a homicide investigator at a young age as he always believed murder had to be the worst crime, and he wanted to pursue those people who would commit such an atrocious act.

In re-enactment sequences, he is portrayed by actor Carl Marino.

He was born in Pittsburgh, Pennsylvania. He married Kathy Kenda in 1967, and they had two kids.

He became the host of a show on Investigative Discovery, like M. Phelps of the show Dark Minds.

Joe Kenda Is A Member Of