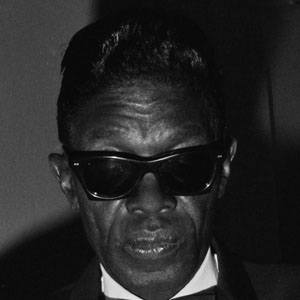 Texas blues guitarist whose career spanned sixty years and who was Houston's poet-in-residence for thirty-five years.

He failed at his first attempt at music stardom and had to come back home to work as a farmhand.

He is alluded to in popular culture, like in Erykah Badu's song "Window Seat."

He grew up with two brothers, John Henry and Joel, who were also bluesmen.

He debuted at Carnegie Hall alongside Pete Seeger.

Lightnin' Hopkins Is A Member Of