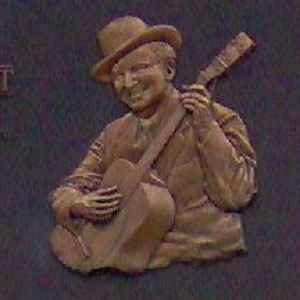 Bluegrass guitarist with Flatt and Scruggs, the group also known as The Foggy Mountain Boys.

He began playing guitar at an early age and continued playing after dropping out of school at age twelve and going to work at a textile mill.

As part of the Foggy Mountain Boys, he and the banjo player Earl Scruggs wrote the "Foggy Mountain Breakdown," used in the iconic chase scenes from Bonnie and Clyde.

His wife and singer Gladys Stacey contributed to a lot of his early work.

He and Scruggs also wrote "The Ballad of Joel Clampett," used as the theme song to The Beverly Hillbillies, which starred Buddy Ebsen.

Lester Flatt Is A Member Of