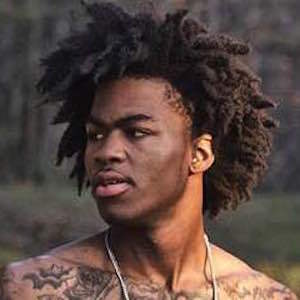 Southern rapper who found fame as one half of the duo Team Twin alongside his twin brother Twin Twin. He and his brother have built a fanbase through YouTube with videos like "Chiraq," "Million" and "Have My Money."

He is seven minutes older than his twin brother.

His real name is Taiyon Hector. He has a younger sister named Miyah and two older brothers named Taz and Bam.

He and his brother uploaded a tribute to Michael Jackson's "Thriller" video on their YouTube channel.

Lil Twin Is A Member Of