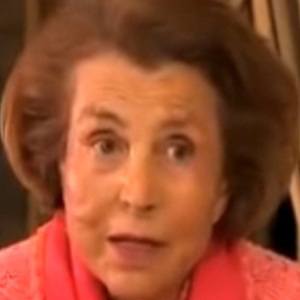 One of the main shareholders for L'Oreal. She was the wealthiest woman in the world in 2013 with a net worth of $33.4 billion.

Her father and her husband, French politician André Bettencourt, were both members of French fascist group La Cagoule and Nazi sympathizers.

She hated media attention, but in 2010 she was front and center in the Bettencourt affair after her butler's recordings of her phone conversations were made public.

Her father Eugène Schueller was the founder of L'Oreal. She became involved as an apprentice at her father's company at age 15. She founded the Bettencourt Schueller Foundation with her husband and daughter.

She was a victim of Bernard Madoff's Ponzi scheme and lost € 22 million.

Liliane Bettencourt Is A Member Of