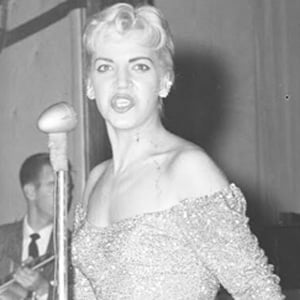 1950s rock 'n' roll singer who was nicknamed The Queen of Rock & Roll and who sang a cover of "Shake, Rattle and Roll."

She supported her early musical ambitions by driving a laundry truck. Her first group was called The Downbeats.

She had a small role in Jerry Lewis's 1961 film, The Ladies Man.

Lillian Briggs Is A Member Of