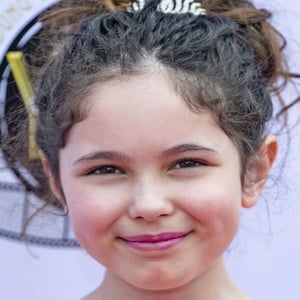 Gaining her most exposure as an actress in the role of Little Nadine in the comedy-drama The Edge of Seventeen, she also earned guest-starring TV parts in Somewhere Between and The 100. In 2019, she was cast in the Netflix Sci-Fi series Another Life.

She signed with an agency at the age of 3.

She won a 2016 Joey Award for a TV commercial spot she did and nominated a year earlier as part of an ensemble for a short film called Kindergarten Da Bin Ich Wieder.

Her parents are Marco and Serena Renna.

She played the younger version of Hailee Steinfeld's Nadine in The Edge of Seventeen.

Lina Renna Is A Member Of

The Edge of Seventeen
Another Life
12 Year Olds
TV Actresses