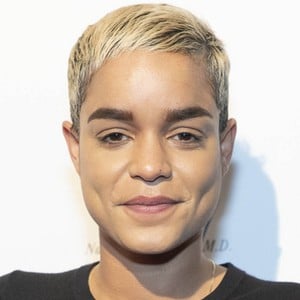 Actress who rose to popularity for her role as Arat on the AMC TV series The Walking Dead in 2016. Previously, in 2015, she portrayed Mona over the course of 6 episodes of the USA TV series Satisfaction.

She earned her first on-screen credit in 2013. She portrayed a girl in an episode of The Vampire Diaries TV series.

In 2016, she was cast as an Easik mother for the 2017 Marvel film Guardians of the Galaxy Vol. 2. She appeared as Agent Kat Ryan in Max Steel that same year.

She frequently appeared alongside Andrew Lincoln during her run on AMC's The Walking Dead.

Elizabeth Ludlow Is A Member Of