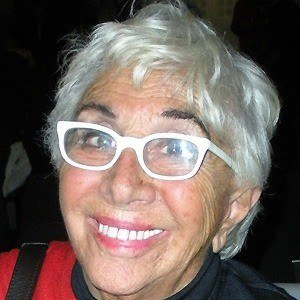 Director of the 1976 film Seven Beauties, which made her the first woman to receive an Academy Award nomination for Best Director.

Her first job was touring across Europe with a puppet show.

She set a Guinness World Record for the longest film title with a 179-character title for a film released in 1979.

She was married to art designer Enrico Job until his death in 2008.

She was hired as an assistant director for the classic film 8 1/2 directed by legendary Italian director Federico Fellini.

Lina Wertmuller Is A Member Of