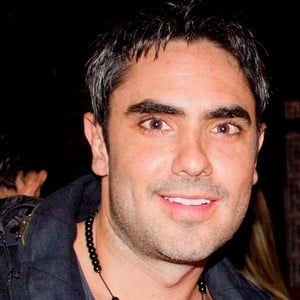 Actor who is known for his work throughout the Colombian television and film industries. His role as WIlly Delgado on the TV series Santa Diabla earned him a Miami Life Award nomination for Best Young Actor.

His television debut came in 1996 as the series regular character Javier on the daytime TV series Padres e hijos. He played the character for four years, and ended his tenure in 2000.

In 2011, he appeared in 11 episodes as Faustino Sánchez Godoy on the telenovela La Reina del Sur. In 2014, he was again cast as a series regular on the American telenovela Señora Acero.

He was born and raised in Cúcuta, Norte de Santander, Colombia.

He was cast to star alongside Blanca Soto on Señora Acero.

Lincoln Palomeque Is A Member Of