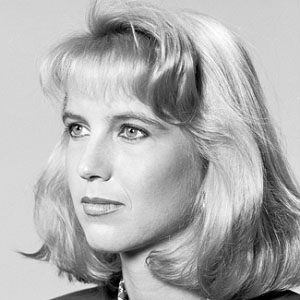 Notable as both a television host and an actress, she presented Dutch shows such as Domino Day, Miljoenenjacht, the DJ Kat Show, and Ik Hou Van Holland and played major or recurring roles on TV series such as Divorce, Iedereen Is Gek Op Jack, Gooische Vrouwen and Spangen.

When she was just twelve years old, she made her screen acting debut on the children's series Wat Je Zegt Ben Je Zelf.

She launched and published a magazine called LINDA.

She was born in Hilversum, Netherlands, and is the sister of television producer and media giant John de Mol Jr. After her marriage to Fred Reuter ended, she had long-term relationships with Sander Vahle and Jeroen Rietbergen and raised children named Julian and Noa.

She and British actress Joan Collins co-starred in the 2004 Dutch comedy movie Alice in Glamourland.

Linda de Mol Is A Member Of