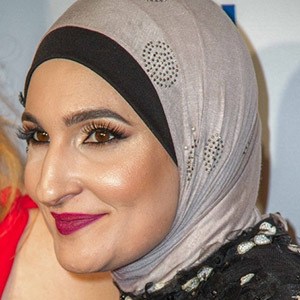 American political activist who is known for being the co-chair of the 2017 Women's March as well as the 2017 event Day Without a Woman, and the 2019 Women's March. She is also known for having served as executive director of the Arab American Association of New York.

She attended Kingsborough Community College and later Brooklyn College. She started gaining attention as an activist during her protests of police surveillance of American Muslins after September 11, 2001. She organized several Black Lives Matter demonstrations in 2014 and became a member of the Democratic Socialists of America party in 2016.

She was included in Time Magazine's 100 Most Influential People list in 2017 for her work organizing the Women's March.

She was born and raised in New York City and is of Muslim and Palestinian descent.

Following the shooting of Michael Brown, she organized several Black Lives Matter protests including Muslims for Ferguson in 2014.

Linda Sarsour Is A Member Of