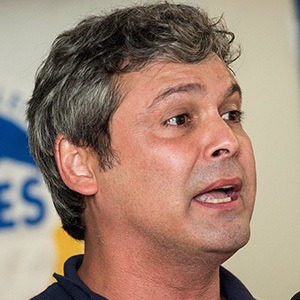 Politician who is best known for having represented Rio de Janeiro in the Federal Senate. He was a prominent member of Brazil's Workers' Party and has amassed more than 130,000 followers on his personal Instagram account.

He took office as the mayor of Nova Iguaçu in January of 2005.

He sat as chair of the Committee on Economic Affairs.

He was married to Maria Antonia Goulart.

Both he and fellow political figure Fernando Haddad were born in Brazil.

Lindbergh Farias Is A Member Of